I decided to live in Italy for the summer on a whim. I couldn’t fall asleep one night after having been out in Little Italy in New York City and couldn’t stop dreaming about the real thing. I’d never been to Europe before and I only knew about ten Italian words. This country has always been high up on my travel list and though Italian isn’t a part of my ethnic background, I’ve always felt strongly connected to the Italian spirit. I have a deep admiration of the family-oriented culture and their “Dolce Far Niente” approach and groove to life.

Whenever I get an idea stuck in my head that I can’t shake, I typically follow through. Starting out, I wasn’t looking to live in Rome or another metropolitan city. Visit, of course, but I wanted something more bizarre; to be submerged in a different feel and way of life. After a little research, I found the Sant’Anna Institute in Sorrento, a language school that offered a variety of college courses and internship opportunities specifically within my interest and field of creative writing.

Any time I travel somewhere new, it’s like there’s a reset button that’s pushed. Everything is exciting. Stories I’ve told many times before are refreshed with innovative ways of telling them.

I was about to have a hard reset.

While people kept asking me questions about my trip, I remained nonchalant. I didn’t know much about it myself. I only knew deep down that it felt right. I was craving culture, mozzarella, and experience. More importantly, I was craving something I like to call: the search for beauty.

Signed, sealed, delivered I arrived on a Sunday having slept zero hours on my two flights across the Atlantic. I was excited, but humble. I tried to have little expectations coming into the trip. I think, someone can do endless research but never know how a place is going to be until they’re their living in experience. Becoming fast friends with other students, I realized quickly how lucky I was not just to be in Italy, but to be involved in a program with friendly, like-minded people sharing the same sense of adventure.

A guy on my flight, Will, ended up being a fellow student and new bud. He said he recognized me from the flight by my eyebrows.

The ride to Sorrento was cinematic-like, something straight out of a page of one of my mom’s photography books she kept under the coffee table. Mount Vesuvius was much closer than I’d anticipated. We’d barely gotten into town before the bus dropped me off on the side of the street without much explanation and a nice young woman led me and my 50+ pound luggage up 5 flights of stairs to my “flat.” We both walked inside out of breath and breaking a sweat. True Champions. This “flat” was bigger than my current and former apartment in NYC combined. (Particularly being in NYC has made me contemplate what I’m doing living there when I could apparently be living in Italy for double the size and half the rent. It was something to think about).

Sorrento is a little beach town in the bay of Naples full of extremely friendly people who all know one another. A lot like Florida or Southern California, but in Italy. It’s a tight-knit community. People stare a lot, men in particular. Probably because they know I’m not from here. It was uncomfortable at first, but by the end of my first week I found myself embracing it. Admiration is a part of the culture… or so I heard. The coffee is the best I’ve ever had, which speaks a lot coming from a coffee addict who usually needs an iced venti every morning to feel ready for the day.

There’s something about Sorrento where every elder woman I’ve met has felt like a type of mother figure. I had a conversation using Google translate with a beautiful Portuguese woman, Rose, who’s a beautician and runs her own shop in town. She doesn’t speak English, but between my small knowledge of Spanish and Italian (and my cellphone) we were able to get to know each other. Rose explained that Google translate isn’t always accurate so I shouldn’t rely. She also said she had a daughter a little younger than me and gave me her number in case I needed anything.

When landing in a foreign place, there’s typically a mixed sensation of excitement, nervousness and anxiety. Landing in Naples, I didn’t feel that sensation. My reaction was something very different. I was excited, but more so I was comfortable. I immediately felt a sense of home. It’s the first time in awhile that I was simply just being.

My sense of adventure has completely been at large.

A group of us went to Regina Giovanna and jumped off a fifty-foot cliff into some of the bluest water I’ve ever seen.

I took a chance. I jumped.

In Italy there’s a strong feeling of yes. Go for it. Take a chance and jump.

I was right, and like a Talking Heads song, this must be the place. I’m so happy and gracious to be here. 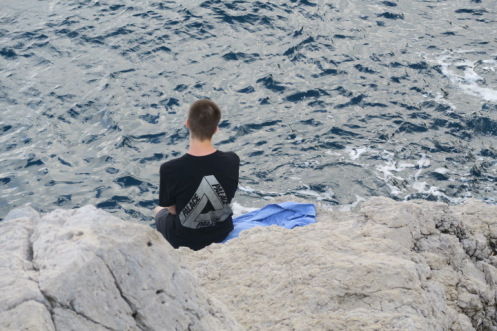 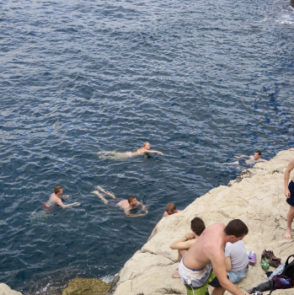 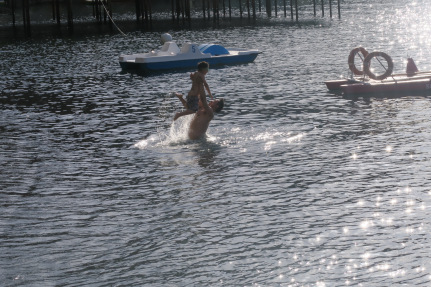 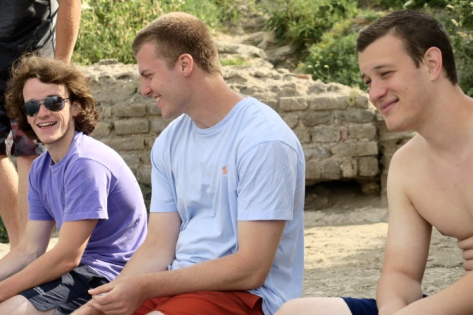 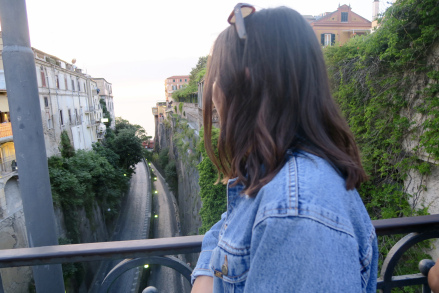 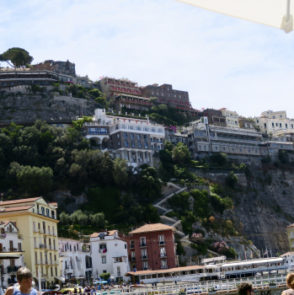 Why Study Abroad? A personal reflection of a student

Learning About Archaeology in the Shadow of Vesuvius

Pompeii: A Reflection, by Luka Newcombe

Sorrento in the Fall