The course examines the history of food from a variety of points of view. Food is not just nourishment; food is part of mankind and its evolution. Without food, history could not be possible. Food is like a book: it tells us who we are and where we are from, and it describes our habits, religion, and traditions. The course aims to explain how food has influenced history, including religious prescriptions, class identity, borders, and drawing the line between the rich and the poor. History of Food will attempt to explain how nourishment has changed throughout the ages, how we have shifted from the “symposium” to McDonald’s, and how, still today, food is a strong element of identity.

In this course, students will discover the historical link between New York City and Naples. Students will understand these two cities within wider currents, moving across time and space, and trace multiple histories that connect past, present, and future in both a local and global sense. Topics will include the early slave rebellions in the Americas, the 1648 rebellion of Naples, the U.S. military presence in Naples during World War II and Cold War era, Italian immigration to New York City, and the urban crises of Naples and New York in the 1970s and 1980s.

In this course, music, cinema, and other cultural expressions are not considered as a background but become central narrative devices. Sustained by the saxophone sound of James Senese, the electro funk of Afrika Bambaataa, the echo chamber effect of Sha-Rock, the poetry of Sandra María Esteves, and the blue maps of Bobby Womack and Mario Merola, we will study unexpected and critical connections between New York City and Naples.

In addition to music, films, and poems, we will use other primary sources collected at the archives of the Center for Puerto Rican Studies at Hunter College, the Schomburg Center for Research in Black Culture of the New York Public Library, the Bronx County Historical Society, and the National Library of Naples.

Inspired by Paul Gilroy’s book The Black Atlantic, this course focuses on the traditionally repressed and hidden Black history of the Mediterranean region. Through the examination of primary historical documents and the accounts of historians, students will discover a range of topics such as the Masaniello Revolt of 1648 in Naples, the Haitian Revolution of 1799, the international dimension of Black Power, the racialization of urban space, and the contemporary migration from Africa to the Mediterranean. 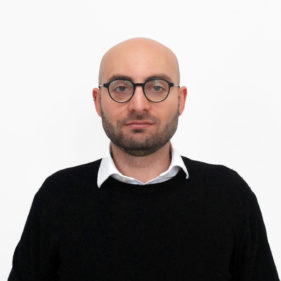 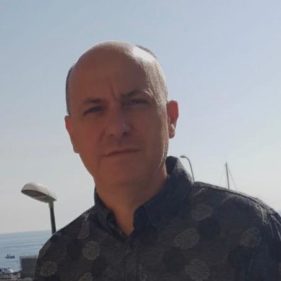 HISTORY OF ITALIAN FOOD AND CULTURE

The course examines the history of food from a variety of points of view. Food is not just nourishment; food is part of mankind and its evolution. Without food, history could not be possible. Food is like a book: it tells us who we are and where we are from, and it describes our habits, religion, and traditions. The course aims to explain how food has influenced history, including religious prescriptions, class identity, borders, and drawing the line between the rich and the poor. History of Food will attempt to explain how nourishment has changed throughout the ages, how we have shifted from the “symposium” to McDonald’s, and how, still today, food is a strong element of identity. 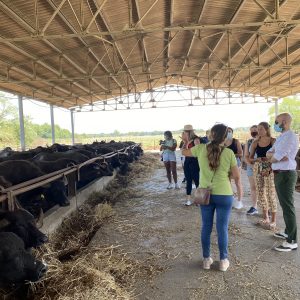 “My class is not just about food. It’s about tradition, it’s about the economy, it’s about experiencing what you are going to study…because you have the chance to join a class in the best place in the world with the best food in the world. So you are not just going to read the book, but also touch and eat and see with your own eyes all the wonderful food, the tradition and the history behind it”

Sant'Anna's mission is to educate, support, and inspire international students to become active citizens of the world. We are committed to academic excellence within an authentic and engaging Italian community.

At Sant’Anna we strive to provide students from across the world a unique, hands-on learning experience where they can cultivate real world skills and knowledge.

Because the school is located in Sorrento, one of the most harmonious cities southern Italy has to offer, our students are truly able to gain a global awareness and appreciate diversity while studying abroad. Our goal is to help guide participating students into becoming responsible, open-minded members of society.

Our hope is that each student can leave Sant’Anna with an appreciation of the Italian culture as well as the knowledge acquired through their academic courses.

We are so passionate about the importance of international education and training in a student’s academic career, and we are dedicated to doing whatever it takes to providing students with a life changing experience. 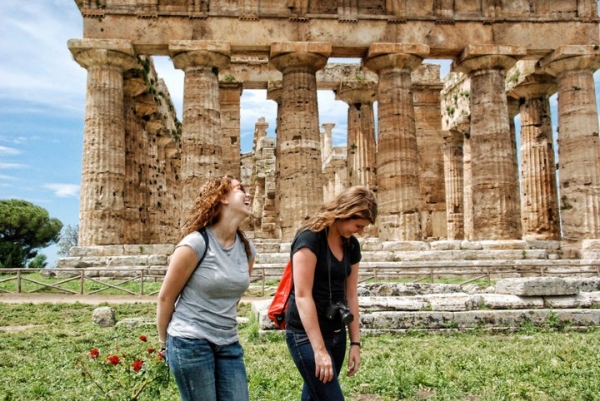 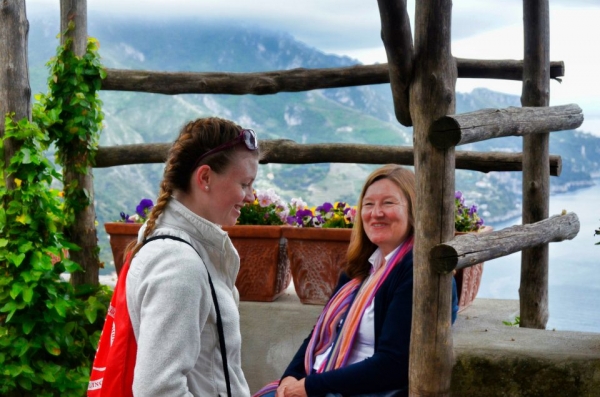 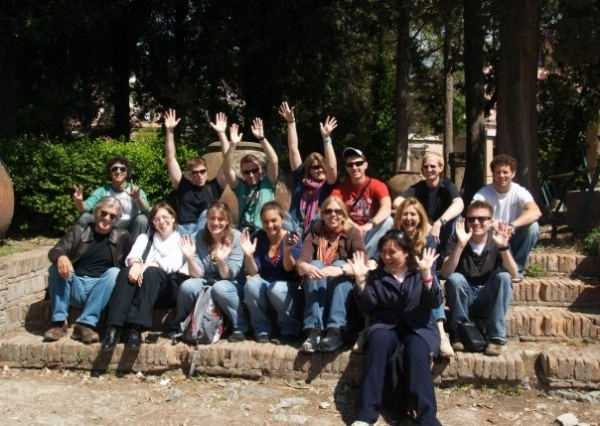 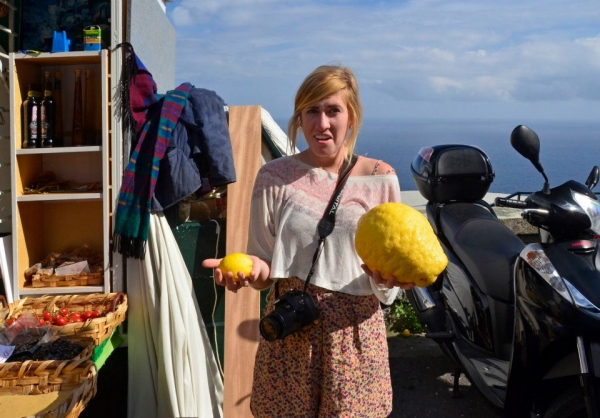 Our Values
Value for the characteristics that make others different from ourselves, including but not restricted to: race, ethnicity, gender identity, sexual orientation, religion, culture. Granting equal opportunities and fostering an inclusive environment is of the upmost importance to our organization.

.
Value for the exploration of different ways in which we can better serve our staff, students, and community.

.
Value for our students to use their experience away from home to explore and learn from the unfamiliar.

.
Value for the differences that make our community strong. We strive to understand and appreciate that which is different from ourselves.

.
Value for a holistic learning approach.

.
Value for the global reach within which our organization operates. We celebrate the culture and variety brought by our students to our institute.

.
Value for the pursuit and exploration of knowledge.

.
Value for the empowerment of our staff and students to facilitate change.

.
Value for the ability to grow from every experience both in and out of the classroom.

.
Value for staff and students to feel capable and independent in their daily lives.

.
Value for socially and environmentally progressive practices that protect our environment.

Study abroad programs in Italy have traditionally focused on the popular cultural centers of Rome, Florence, Milan, and other cities in the north of Italy. At Sant’Anna Institute, study abroad students have the opportunity to experience the unique culture, customs, and climate of southern Italy.

Sant’Anna is located in the stunning town of Sorrento at the beginning of the Amalfi Coast, just 20 miles south of Naples. Perched atop hundred foot cliffs that face the Gulf of Naples, Sorrento is within sight of rugged snow-capped mountains, emerald waters, black sand beaches, cliff- hanging villages, and the world’s best known volcano: Vesuvius.

Sorrento is a safe, walkable, and picturesque center of international tourism. It has an international population, making it a small town, with a cosmopolitan feel.

Sorrento is a treasure all its own and a passageway to the:

It’s the perfect city to discover a home away from home with a hometown feel!

Sant’Anna Institute is located overlooking the Marina Grande of Sorrento, perched on the cliffside with stunning views from the sea-facing windows, and it’s a short walk to the harbor and the harbor-side restaurants.

The Institute is located a short 15-minute walk from the center of town and 20 minutes from the Sorrento train and bus station.

The Residence Hall was established in 2017 and is on the third and fourth floors of the Institute, overlooking the picturesque Marina Grande. 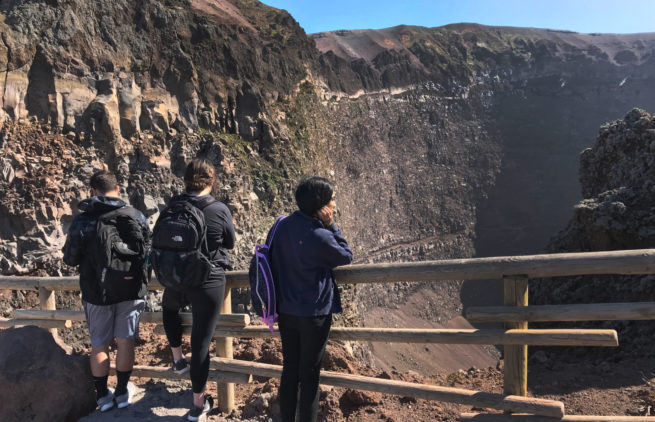 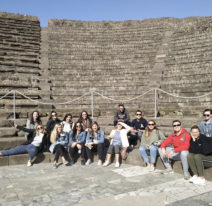 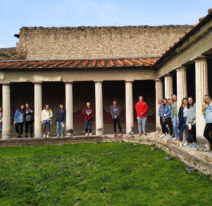 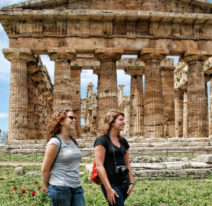 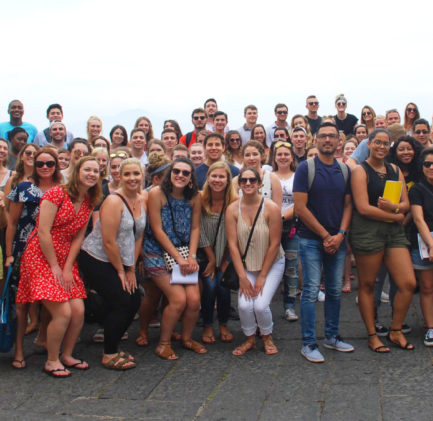 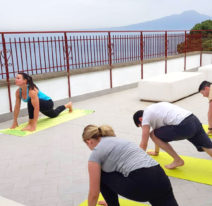 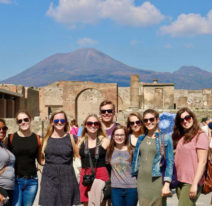 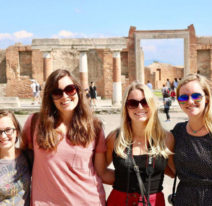 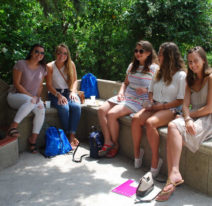 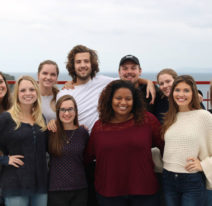